What Is Sound Healing Therapy? 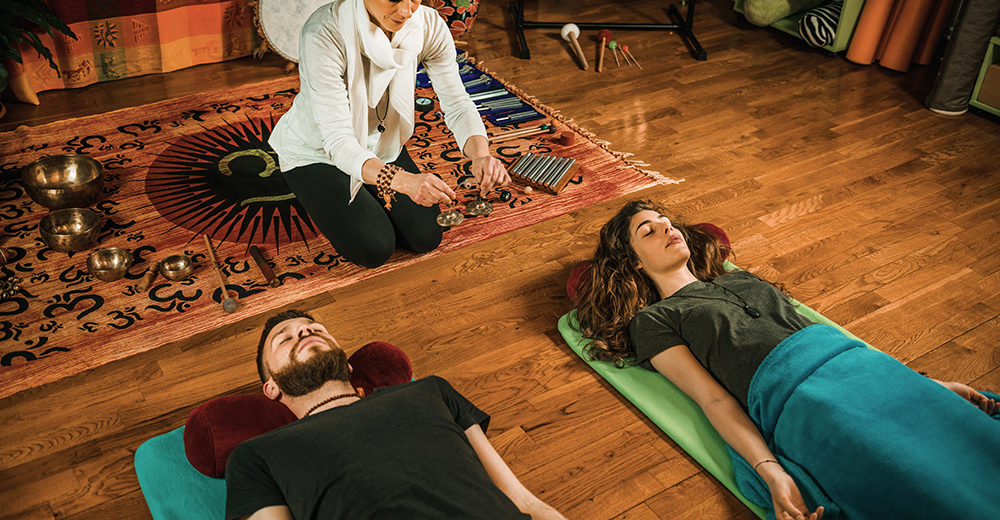 What Is Sound Healing Therapy?

Human beings are driven by an innate sense of curiosity. They thrive to know more about themselves, the world they inhabit, the other creatures who share the world about them and the universe beyond the planet. Human beings have discovered so many different species of animals, plants and insects. They have unearthed multitudes of minerals and resources from the planet’s stock and have put them to use in almost all ways the mind can imagine. They didn’t stop the conquers of their powers to merely the planet but have strived to expand it to outer space, exploring the surfaces of our moon and Mars.

In their travails of learning and discovery, perhaps the object that has garnered the highest attention and learning from human beings has been their own body. To the normal eye, the human body is a mere collection of bones, nerves and muscles. However, the workings of the body extend far beyond the narrow definition. The body functions in ways that have been the subject of human interest since times immemorial and continue to be so. A major part of related studies has been the role of the human mind and the part it plays, not only in the mental functioning but also its contribution to physical attributes and healing. It is this branch of research from where the basic principles of sound healing therapy take roots.

Sound healing is a medical practice wherein the practitioner, not necessarily belonging to the medical field, uses musical tones, beats and rhythms to bring about improvement in the emotional, mental, psychological and physical health of their patients. The patients’ role in the process varies from merely listening to the music being played or produced to participating by singing along or meditating or chanting to the sounds. It derives its origins from medieval practices of playing musical instruments to heal ailments. Its origins and current execution depend on the psychological effects of any type of music, particularly the ones that help the body and nerves relax.

It has been hailed, all the more in recent times in the Western world, for its effectiveness in reducing stress, relaxing nerves, improving sleep and decreasing blood pressure levels. These benefits are immensely helpful in the physiological treatment of injuries and mental ailments such as anxiety, depression, dementia and post-traumatic stress disorder.

Sound healing therapy employs a lot of methods in its mission to provide comfort and healing to the body. It is worth noting that more methods are being conceptualized and attempted with each passing day as sound healing is an ever-growing practice. Some of the prominent methods are:

Sound healing therapy has been subject to its share of criticism and skepticism (again arising out of human curiosity). However, it has nevertheless managed to carve a niche for itself as a treatment method, often working as a complement to medicine. In recent years, the Western world has been increasingly receptive to it, akin to Yoga and meditation. In the Eastern world, the method has been popular for long and has faced a tremendous rise in patients. Hence, it is a highly recommended and advisable method and is legitimately worth a try.