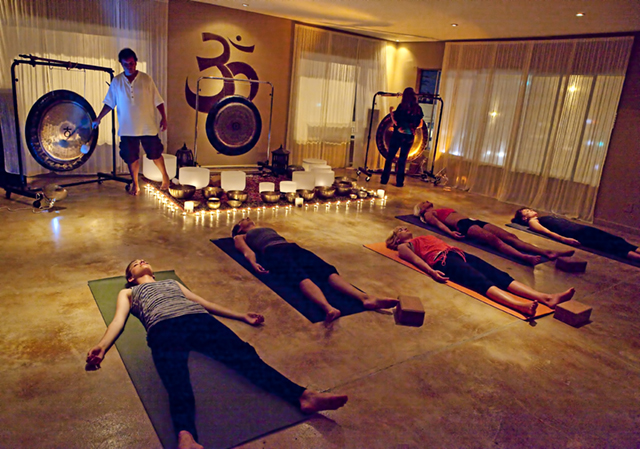 The human mind is an intriguing body part, to say the least, encompassing a wide range of imaginary and memory-retaining powers. Like all other body parts, the mind goes through its trials and tribulations, fatigue and burnouts. In use throughout the human’s conscious state and often throughout the unconscious state, the mind tires of insistent activity. The human mind is constantly bogged with ailments such as stress, anxiety and depression, to name the most prominent. And like all other parts, it needs to be treated and healed so as to make sure that it functions further without harm.

Treatment for the Human Mind

Treatments for the mind range from therapy to prescribed medicines. In recent years, however, a new form of treatment has established its prominence in the urban world, a process known as sound healing therapy. As the name suggests, it involves subjecting a patient to a variety of sounds and vibrations in a bid to relax the mind and trigger center-points of energy, known as chakra. Of the many types and variants involved in sound healing therapy, sound bath healing has come to be an immensely popular route.

Sound Bath Healing – What is it

In the simplest terms, a sound bath is essentially what the name implies – a submergence in a myriad of sounds. While commonly mistaken for legitimate baths accompanied by certain sounds, sound baths comprise of the patient or meditator letting themselves be engulfed by the waves created at the creation of certain sounds. The procedure came to be called a sound bath after some of the users described the post-bath experience as rejuvenating and cleansing.

Sound baths are conducted by trained practitioners in individual or group sessions at an established center. Sessions involve the users making themselves comfortable. Hence, a single group session might have some users lying on the mat while others may sit up in an upright position, as if meditating, and some others standing up. Sound baths derive any success of their conduction from the user’s comfort and convenience and encourage users to take any position their bodies and minds align with.

Sound healing therapy has proven to be quite effective in administering its benefits. Medical experts have agreed that the human mind receives all kinds of sounds and reacts to every specific one differently. This implies that if the right sounds are administered, the mind perceives the vibrations thus caused in certain, affected ways and sends signals to the other parts of the body.

Sound baths are meant purely to heal the mind. Experts have described the process as a way to empty the mind and relax it, enabling it to focus clearly. Even though the process is meant for just the mind, a relaxed mind, as mentioned above, brings about a fresh, relaxed body. One of the most prominent immediate effects of the process is a sound sleep at night. The method has helped greatly with overwork, tiredness, stress and lack of concentration. Moreover, it is helpful to those who might have trouble meditating by themselves due a to a wandering mind. By clearing the mind of clutter and strengthening it to focus, the process allows the user to fully avail of the benefits of meditation.

Sound baths have been subject to their share of criticism, mainly from the medical community that alleges that the process is administered by practitioners who are uninformed of the medical sciences, thus rendering it scientifically obsolete. In addition to this, critics have also denounced the process as a hipster obsession.

However, as has been explained above, the process finds its roots in simple medical facts and seeks to trigger the psychological aspects of the human mind. It does not belong to any religion and is considered more of an additional impetus to a medical treatment as opposed to an alternative. Sound baths and other methods of sound therapy healing aren’t new inventions or fads but trace their origins to the oldest days of human civilization, from ancient Greek times to Tibetan practices. Moreover, even if the process does not result in any tangible benefit for a user, it certainly holds no harm and is a relaxing experience nevertheless. Hence, if you feel that your mind is overburdened with tasks and responsibilities, sound baths are definitely worth a shot at a relaxed psyche.